In many ways, India’s Budget 2016, lacks that one element which seems to be all prevalent in Prime Minister Narendra Modi’s India – Glamour. For a Government that has repeatedly been perceived to be a pro-Corporate “suit-boot ki sarkar”, Budget 2016 has seen a remarkable shift towards getting the fundamentals of the economy in order.

Finance Minister Arun Jaitley has taken pride in the fact that India has been recognized by the IMF as one of the bright spots in today’s crisis-laden global economy. Predictably, he also takes a dig at the previous Congress regime under whose last tenure the economy went through a rough patch. The Finance Minister has specified “nine pillars” for India, which will be focus areas for the Government – Agriculture, Rural sector, Social sector, Education and job creation, Infrastructure investment, financial sector reforms, Governance and ease of doing business, Fiscal discipline and Tax reforms.

Highlights of this budget include:

The budget’s major talking point of course, is the huge thrust on rural and infrastructural development, but it is not short of criticism either.

There were great expectations created around bank recapitalization, given the current balance sheets of state-owned banks. By all market analysts, the Rs.25,000 crores allocated for recapitalization was considered too low. Although the Finance Minister did promise to inject more capital as and when required, this did little to improve market sentiment. The Government’s disinvestment performance was drastically short of its lofty expectations of Rs.69,500 crores against which only Rs.13,300 crores was achieved.

At the ground level too, there are a few cases for grievances, although over the years, some of these are only to be expected. If you are a smoker married to a jewellery loving wife and are planning to buy a new car, you will certainly have every reason to be upset with this budget. The 10-15% hike on excise duty for cigarettes, and the 1% to 4% cess on luxury goods and cars are likely to drive your costs up a fair bit.

However, the positives are many – especially on the rural an infrastructural fronts as detailed earlier. Rural initiatives aside, another important highlight of this Budget is the effort to provide a stable tax regime. There is now a window provided for voluntary disclosure of undisclosed income (tax at 45%, with immunity from prosecution). There are new mechanisms planned for dispute resolution, including setting up of a high level committee under the revenue secretary. Such initiatives are bound to calm a lot of frayed nerves among foreign investors and the corporate sector as a whole.

The budget also has plenty of sops for new home buyers, as well as small tax and rent payers, whose tax exemption limits have been raised. For loans up to Rs.35 lakhs, an additional Rs.50,000 deduction has been given. Service tax is exempted on construction of affordable houses up to 60 sqm under Government projects.

On the Employees’ Provident Fund (EPF) front, both the carrot and the stick are applied. The government will pay 8.33% for all new employees for first three years of employment, for which a total of Rs 1,000 crore has been allocated. From the employee’s basic salary, 12% of it goes towards his EPF account while the employer also contributes an equal amount. However, not all amount of employer’s contribution moves into employee’s EPF but only 3.67% is diverted into it. The balance 8.33% moves into an employee pension scheme.

On the other hand, however, employees’ withdrawals from the EPF account will now be subjected to a tax. Till now, withdrawal of EPF corpus after 5 years of continuous service was fully tax exempt. As per new provisions, if the EPF is not used for buying an annuity, then interest accrued on 60% of the corpus accrued after 1.4.2016 would be taxable. However, perhaps predictably, there is already news emerging of a possible rollback of EPF tax.

For the NRIs, there is very little that the budget really offers. There were expectations of easing of customs duties for gold, greater sops for NRI investment etc. However, what was provided was a relief in another direction – in the form of parity of Tax Deduction at Source for non-PAN card holders. This aside, there appears to be little in the budget that is of direct interest to NRIs.

All said, it must be stated that what this budget lacks in glamour and headlines, it does make up bit in terms of fundamental grass-root level development objectives and promise of stability. The fact that the markets (somewhat predictably) tanked on the day of the budget and recovered to their single highest seven-year gain on the very next day is probably evidence of the inherent solidity of this budget.

It is, in short, a budget made for Bharat and not quite made for India.

Raghunath is an MBA from the Indian Institute of Management (IIM), Lucknow with over 18 years of corporate experience spanning both in India and the Middle East. He has been associated with companies like VIP Industries, ICI Paints and Whirlpool in India and with Suhail Bahwan Group, and Rivoli Group in Middle East. He has substantial experience in devising and implementing strategic, tactical and operational plans for business development, people and process management. He has an excellent understanding of the dynamic retail landscape in the GCC and has been involved in setting up retail chains across various formats in the region. He is also a Mechanical Engineering graduate from NIT Surathkal. 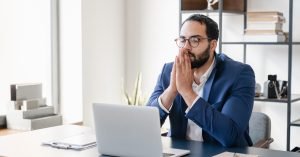 How can businesses be equipped for ‘black swan’ events?

In risk management, we often come across the term “black swan”. A black swan is an unforeseen occurrence that goes beyond what is often anticipated in a situation and might have very negative impacts. 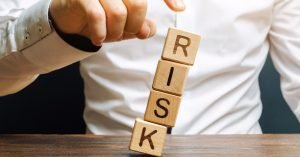