HLB’s 2016 Asia Pacific conference, hosted by AASC in Vietnam, brought together 60 attendees from the HLB network in Asia Pacific and the rest of the world, including new members from China, India, Sri Lanka and Mongolia. Non regional members also in attendance were from Boston, Toronto, Minneapolis and San Francisco, highlighting the business interest in Asia Pacific from the USA in particular.

The conference dedicated to ‘Cross-border Investment – Challenges and Prospects’ welcomed distinguished speaker Dr. Vo Tri Thanh, Senior expert from the Ministry of Planning and Investment, who gave a regional economic overview and presented on doing business in Vietnam and its connection to Asia Pacific.

Preceding the conference, a Greater China regional meeting took place as well as a meeting of our award winning Global China Service, which was attended by China Desks from Singapore, Malaysia, the USA and Canada.

Established in Vietnam by the Ministry of Finance in 1991, AASC is widely regarded as one of the first two auditing companies to lay the foundation for the development of Vietnam’s Law on Independent Audit. The firm is now the 5th largest in Vietnam and as of now, has ventured outside of Vietnam to provide auditing and consulting services to clients in Thailand, Laos, Cambodia and Indonesia, and has been involved in multiple projects of the World Bank and Asian Development Bank.

HLB International is well positioned across Asia Pacific where it ranks Top Ten in many countries including Australia, Greater China, Malaysia, Indonesia, Philippines as well as Vietnam, while having a well-established and active presence in other Asian markets.

HLB International holds a number of international and regional conferences every year, including in Latin America, North America, MENA, Australasia, Europe and Central & Eastern Europe. HLB regional conferences are a great opportunity for HLB professionals to network together and get to know each other personally. Close, personal relationships between HLB members contribute to making HLB a personalised and cohesive network, thus allowing for the smooth running of clients’ business across borders. 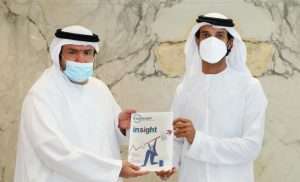 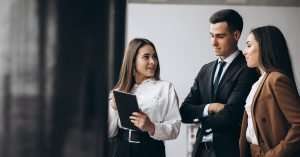 In this report, HLB International looks at issues that impact their stakeholders around the globe including clients, people and the communities they operate in.