Dubai Maritime City (DMC) is a maritime zone to conduct relevant related activities. . It falls under Dubai world group of companies as one of its members. It became fully operational in 2012, while the infrastructure for the industrial quarter of the project was 85% complete in 2009, while groundwork for the commercial fraction was at 65%. In addition, all road works were substantially completed in the year to activate the resources connected .

The city is situated in land estimated to be 2.27 million square meters and is divided into the industrial precinct, marina centre, the academic quarter, the harbor residence, the harbor offices and the maritime district. Of all these divisions, the maritime centre district is the centre piece of Dubai maritime city and therefore serves as international hub for maritime business. For a touch of class, it was designed to look like an urban corporate park, with eight waterfronts and three interior parcels placed around a central boulevard. In addition, the maritime centre comprises a huddle of five high-rise towers known as the creek towers and plaza, landmark tower which is located at the head of man-made isthmus, and other additional seven plots which were set aside for future potential developers with visions of constructing their own towers. Finally, the centre was designed to feature a 5-star commercial hotel and first-class service apartments.

This portion is popularly known as hub for ship repair services; in addition, it has a workshop unit which acclaims experience in yacht manufacturing and repairs. It falls under the management of Jadaf Dubai. To serve well its purpose as hub for ship repair services, it is designed with wet berthing that measures 1,270 meter alongside 42 dry berths of different sizes. It is believed that the area contains 19 ship repair plots and two ship lifts in order to lift 3,000 and 6000 tons each.

It is located in the middle of Dubai maritime city. The courses offered here manly focuses on marine engineering, naval science and marine transportation among other courses. It also gives companies an opportunity to frequently renew the knowledge of their stuff without having the burden of leaving the city. It’s well designed with a capability of sustaining 1,300 students. To make it a complete society, it is complimented with other buildings like mosque, seafarers club, convention center, two-storey library and a 500 rooms world class hotel.

This is the heart of Dubai maritime city. It contains state of the art offices; six-star hotel and other storey building that will enable it serve its administration role.

This is the door to Dubai maritime city and contains 19 development plots for office tower development. This quarter overlooks the harbor and is the nearest zone to the causeway connecting the project to the rest of Dubai.

This is a centre of attraction with a lot of mixed up activities including retail outlets, entertainment facilities and high residential towers aimed to penetrate various business class investors.

In summary, Dubai Maritime City constitutes as place with full of activities revolving around marine sector. These will include museums, education facilities, and recreational center among many other things. 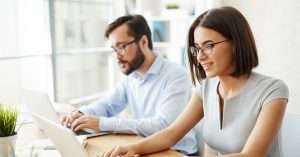 Unemployed workers in UAE will be Compensated Under New insurance scheme 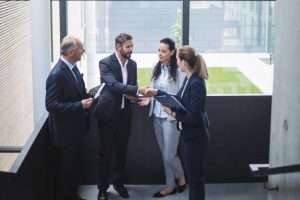 The UAE’s golden visa programme was an immediate success, particularly among expats looking to establish a foothold in Dubai. 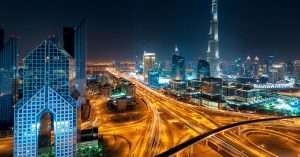 UAE Reforms Its Visa Policy For Both Residents And Visitors

One of the most significant changes to the UAE visa system in years has been adopted by the UAE Cabinet. The new visa system falls under

This website uses cookies to improve your experience while you navigate through the website. Out of these, the cookies that are categorized as necessary are stored on your browser as they are essential for the working of basic functionalities of the website. We also use third-party cookies that help us analyze and understand how you use this website. These cookies will be stored in your browser only with your consent. You also have the option to opt-out of these cookies. But opting out of some of these cookies may affect your browsing experience.
Necessary Always Enabled
Necessary cookies are absolutely essential for the website to function properly. This category only includes cookies that ensures basic functionalities and security features of the website. These cookies do not store any personal information.
Non-necessary
Any cookies that may not be particularly necessary for the website to function and is used specifically to collect user personal data via analytics, ads, other embedded contents are termed as non-necessary cookies. It is mandatory to procure user consent prior to running these cookies on your website.
SAVE & ACCEPT
Powered by Master Popups