A farmer challenges an engineer, a physicist, and a mathematician to fence off the largest amount of area using the least amount of fence.
The engineer made his fence in a circle and said it was the most efficient.
The physicist made a long line and said that the length was infinite. Then he said that fencing half of the Earth was the best.

What did he do?

Answer: The mathematician made a small fence around himself and declared himself to be on the outside.

Emperor Akbar once ruled over India. He was a wise and intelligent ruler, and he had in his court the Nine Gems, his nine advisors, who were each known for a particular skill. One of these Gems was Birbal, known for his wit and wisdom. The story below is one of the examples of his wit. Do you have it in you to find out the answer?
One day a scholar came to the court of Emperor Akbar and challenged Birbal to answer his questions and thus prove that he was as clever as people said he was.

He asked Birbal: “Would you prefer to answer a hundred easy questions or just a single difficult one?”

Both the emperor and Birbal had had a difficult day and were impatient to leave.

“Well, then tell me,” said the man, “which came first into the world, the chicken or the egg?”

“How do you know?” asked the scholar, a note of triumph in his voice.

3. What did Birbal answer to this?

Answer:  Birbal told the scholar, “We had agreed you would ask only one question and you have already asked it” and he and the emperor walked away leaving the scholar gaping!
4. Camel race

An Arab man tells his two sons to race their camels to a distant city to see who will inherit his fortune. The one whose camel is slower will win. The brothers, after wandering aimlessly for days, ask a wise man for advice. After hearing the advice they jump on the camels and race as fast as they can to the city. What does the wise man say?

Answer:  The wise man told them to switch camels
5. The Passwords

A man worked for a high-security institution, and one day he went in to work only to find that he could not log in to his computer terminal. His password wouldn’t work. Then he remembered that the passwords are reset every month for security purposes. So he went to his boss and they had this conversation:

Boss: “Yes, that’s right. The password is different, but if you listen carefully you should be able to figure out the new one: It has the same amount of letters as your old password, but only four of the letters are the same.”

With that, he went and correctly logged into his station.

Answer: The old one was : Out of date

The new one is: Different
He said: My password is “Out of date.” And the boss told him the new one when he said: “The password is different.” 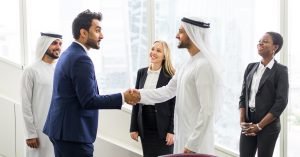 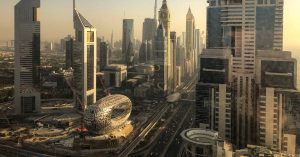 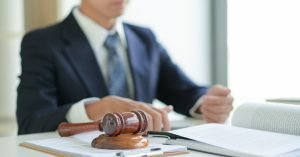